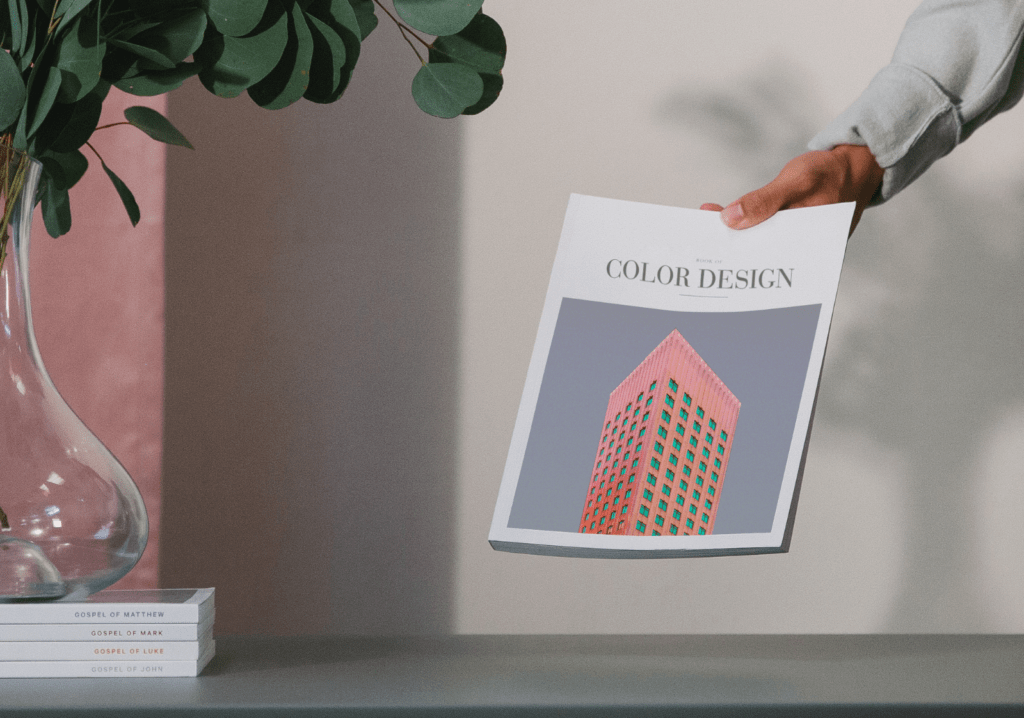 Our ongoing search for the best well-being solutions in workspaces certainly cannot ignore such an important factor as the choice of colours, especially the way they are able to affect the comfort of interiors and the mood of people.

Without resorting to chromotherapy or other alternative medicine practices, we know that the influence of colours in determining human moods and behaviour has long been known.

The first scientific approach to the study of colour was that of the Englishman Isaac Newton (1642-1727). It was one of his articles, which later became famous, that publicised the results of experiments conducted with the refraction of light through glass prisms, by which he managed to define the seven primary colours: red, orange, yellow, green, blue, violet and indigo. He theorised that luminous bodies emitted immaterial corpuscles, a sort of ‘light atoms’ that, travelling in a straight line and at hyperbolic speed, produced the rays. For Newton, the ‘white light’ was a mixture of as many species of corpuscles as there were different colours. The so-called corpuscular theory has dominated physics for almost a century.

It was Johann Wolfgang von Goethe, who in besides being a great man of letters was also a painter and a scientist, who in his essay ‘Zur Farbenlehre’ dated 1810, emphasised the complexity of the chromatic phenomenon and the non-negligible interference that the organ of sight has in light perception and its transliteration into colour. He was first to advance an aesthetic and artistic vision, contrasting it with Newton’s strictly scientific one: “It has been well proven that each colour produces a particular impression on the human being, manifesting its nature to both eyes and soul. This means that colour can be used for specific sensitive, moral and aesthetic purposes”. For Goethe, colours are indeed something living and human, and find their complete phenomenological justification in that physical machine that is the human eye and in the mechanism of vision, but also and foremost in the spectator’ spirituality and soul”.

In a similar spirit, while investigating intimate and profound dimensions, Vasily Kandinsky (1866-1944) established a very close connection between the work of art and the spiritual dimension, stating that they influence each other.

In his philosophical work ‘The Spiritual in Art’ (1909) he wrote: “In general, colour is a means to directly influence one’s soul. The colour is the key. The eye is the gavel. The soul is a piano with multiple strings. The artist is the hand that, by touching this or that key, makes the soul vibrate. It is clear that the harmony of colours is based on just one principle: the powerful contact with the soul. This foundation can be called the principle of inner necessity”.

For Kandinsky, red is, for example, a warm and pervasive colour that acts in the inside in a very vital, lively, restless way. It shows immense, almost conscious energy.

It generates turmoil and introverted fervour. Red is corporeal, reminiscent of the cello. Light Warm Red (Saturn) triggers feelings of strength, energy, determination, tension, joy, triumph. It echoes the sound of fanfares and tuba. Medium red (cinnabar) has the stability of a deep feeling, it is like a passion that burns without shaking, a confident force that can only be extinguished in blue. It sounds like a tuba or a loud drum roll. Gray has a totally different impact, that he describes as “desolate immobility”. It is neither coloured, nor light, nor dark. Grey is the nothingness of everything, its peculiarity is complete neutrality. Blue, Kandinsky suggests, is the element of stillness and the deeper it is the more strongly it will draw the individual towards the infinite. These are just some of the Russian artist suggestions associated with colours, whose path was ideally taken up in the early decades of the 20th century by Max Lüscher, a Swiss psychotherapist, sociologist and philosopher.

A path in which the distinction between science, art and spirit is very subtle and has given rise to ever-changing trends according to different historical periods. Aesthetic preferences and sensibilities are mutable factors over time and follow changing and contingent inspirations. What remains constant in every visual architecture is the search for a chromatic perception that can arouse well-defined feelings and emotions. Which in the case of interior design applied to workspaces, takes on a particularly articulated value. The latter has the task of communicating values, identity and authority, just as a corporate logo and payoff would do; at the same time, it must be reassuring and functional to the psychophysical well-being of those who work in the offices on a daily basis. It is now widely agreed that a smart and harmonious choice of colours can decrease work discomfort and reduce the risk of accidents. Furthermore, the rational use of certain shades or colour combinations has been proven to stimulate creativity and productivity. It is therefore clear how much the choice of colours contributes to the successful design of a comfortable and functional workspace, as well as other important factors such as sound absorption, air-to-light ratios and the materials to be used.